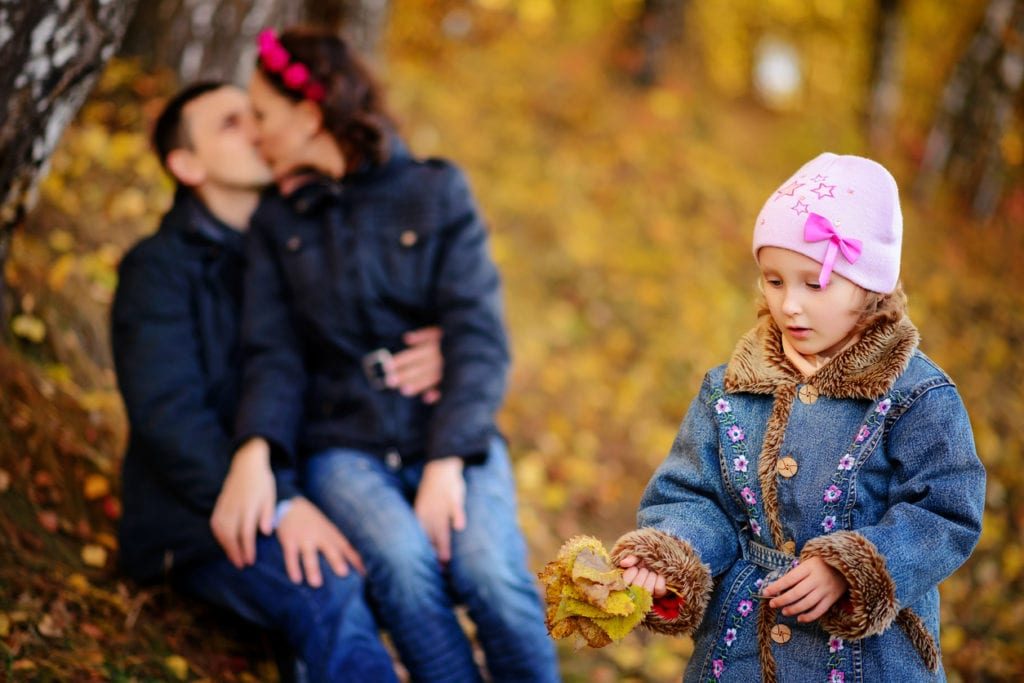 Nearly one-third of live births are to single women. Those kids are more likely than other children to have one or more half-siblings by the time they turn 10. Half of them are likely to experience at least three changes in who their parenting figures are before they turn 5, and one-third of them will experience another change before age 12. Whether we admit it or not, kids experience instability as parents seek romance.

Parents and their new romantic partners usually have significantly different expectations regarding how parenting should be done. For example, custodial parents generally expect their new partners to assume a parenting role with their kids in tandem with the romantic partner role.

Also, parents assume that a new adult in the home will help put distance between the family and the previous romantic partner, whether or not the previous partner was the kids’ biological parent.

Finally, parents expect their new romantic partner to help reinforce the family hierarchy, putting the kids back in their places and the parent back in the role of a parent with rules and expectations, rather than the children’s friend.

What If the Relationship Ends?

Problems are likely to arise if and when the relationship breaks up. Most parents make a clean break from their exes, but this is not easy for children to do. After all, it wasn’t their decision to break up. They can become very upset when another caregiver leaves their lives, especially if they liked having that caregiver around. The situation is compounded if the kids’ parent says negative things about the ex.

No matter how challenging it may seem, it’s generally better for children to maintain contact with their parent’s former partners. Naturally, factors like the strength of the relationship, kids’ ages, and other such issues figure in, but generally, if the children were close to the ex, the parent needs to help them stay in touch. Most exes aren’t comfortable with such arrangements. But for those who are, things like texts, birthday cards, and visits may help keep the situation far more stable for everybody involved.

When you’re a parent, there are two main opinions related to telling children about the next relationship. Many parents would rather not tell their kids until the new relationship becomes fairly serious. But children don’t like being lied to, and they may resent their parent’s new partner if they’re not introduced fairly early on.

Older kids commonly feel that they have closer relationships with their custodial parents than they did when they were younger, and may feel betrayed if something as significant as a new romantic partner was withheld from them. Children may even mistrust the new partner and feel as though they were lied to.

But telling children about a new love interest isn’t a guarantee that children won’t be resentful. Being left with a babysitter instead of snuggling up to watch movies with their mom can make children resent the new romantic interest for depriving them of their parent’s attention. So, in this some situations, parents are left feeling they’re in a no-win situation. They’re damned if they tell, and they’re damned if they don’t tell.

So, to tell or not to tell? That is the question.

Parents shouldn’t necessarily talk with their children about each and every date they’ve gone on. Children shouldn’t be subjected to the inherent instability involved in an active dating life. Even if they say they do, children really don’t want to meet all of those new partners. It’s best to wait until the relationship gets more serious.

Moving In Together and Beyond

If your relationship progresses beyond dating to moving in together or forming a blended family, some thought needs to go into what role the new stepparent should play. Custodial parents frequently want their partner to become a real parent figure with responsibilities regarding the children. But most evidence suggests otherwise, especially if the children are older than age 6.

Of course, there are no hard-and-fast rules. A lot depends on the reasons behind the breakdown of the original family, and if other stepparents have been in the child’s life. But children like consistency, so whatever rules were in place before the stepparent showed up should continue to be enforced. The worst thing a new romantic partner can do is to attempt to parent a kid who doesn’t want them to.

In such situations, it’s advisable for the new partner to regard herself or himself more as the child’s aunt or uncle or aunt—a supportive, friendly presence who will occasionally hold children accountable for what they do. If that doesn’t work, then the new person in the home must at least adapt to the rules of the house, instead of expecting that the rules will adapt to them.

Calm Transitions Are the Best

The less disruptive we can make these transitions, the better experience everybody involved will have in the situation. During transitional periods in a parent’s relationship, stress can increase their reliance on harsh parenting practices. Furthermore, when children experience insecurity at home, it’s more likely that they’ll drop out of school, that they’ll marry too soon, and that they’ll have children of their own—children that they aren’t ready for.

None of this means that parents have to put their children’s needs before their own needs. All it means is that as adults, they need to provide as much stability as they can for their children as time passes. There are many ways to help children stay connected to outside parent figures after romantic relationships end. The parent’s role is to provide optimal conditions for those connections to be healthy, rather than allowing them to become just another stressful factor in the children’s lives.